Here’s what I’m doing. I invite you to do something, too. 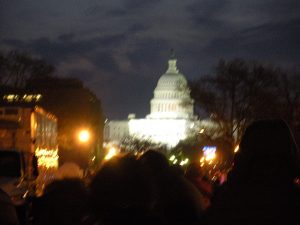 For a long time, I’ve been saying that anyone who thinks we’re going to just “have an election” this November—and that even if we do, it’s gonna be fair and free, and the results will be recognized—is f’in delusional.

I’ve been cynical AF and despairing. But real talk?

Barack Obama’s DNC speech (specifically the excerpt I’m copying below) snapped me out of it.

I have risked nothing. And it’s time to put some shit on the line.

———-
“Whatever our backgrounds, we’re all the children of Americans who fought the good fight. Great grandparents working in firetraps and sweatshops without rights or representation. Farmers losing their dreams to dust. Irish and Italians and Asians and Latinos told to go back where they came from. Jews and Catholics, Muslims and Sikhs, made to feel suspect for the way they worshipped. Black Americans chained and whipped and hanged.

“If anyone had a right to believe that this democracy did not work, and could not work, it was those Americans…

“And yet, instead of giving up, they joined together and said somehow, some way, we are going to make this work.”
———-
Here’s what I’m doing. I invite you to do something, too.

I’m even joining phone banks (ugh) through Swing Left, because being an introvert is no excuse to just sit here watching Schitt’s Creek while we literally turn into a Margaret Atwood novel.