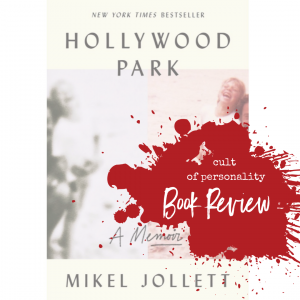 Remember in Save The Last Dance, when Julia Stiles impresses her new English teacher at the all-black school she’s forced to go to after her mother dies in a car accident on the way to Julia’s Juilliard audition, and she’s forced to move in with her weird jazz dad in Chicago’s South Side, and many racist and culturally appropriative hijinks ensue, and anyway they’re talking about what makes Truman Capote’s In Cold Blood special, and she says—
“lt’s a nonfiction novel. Capote mixed true events… with things that he couldn’t know, so he made them up. He created a new genre.”

Well. That’s what Mikel Jollett did in Hollywood Park. (Not the part about making stuff up; he didn’t do that. But he did CREATE A WHOLE NEW GENRE.)

Hollywood Park is literary music. It’s musical literature. It’s designed to be performed as an audiobook, there is also an accompanying album. Rather than write as an adult remembering his childhood, he writes AS that child, which is really hard to pull off. But when it’s done well, it pulls you into the narrator’s world with such intimacy, such force. Midway through I asked my husband (who read it last year) if Mikel was going to be okay, if his older brother was going to be okay, if this family was going to be okay.

I was really worried about them.
The story itself: A heart-wrenching memoir about loneliness, emotional abuse, narcissistic mothers, childhood trauma, lineage and fathers and what it means to be a family. Oh, and there’s the whole Synanon thing too—although this is not the story of Synanon. It’s the story of the kids born into Synanon, and how that experience shaped their lives and relationships for decades to come.

Content warning: emotionally abusive mothers, addiction. I recommend the audiobook, or nothing.

Also of note: Jollett is the founder and lead singer for The Airborne Toxic Event, and his musical influences are featured heavily in his story, which were some of my favorite parts.