How To Say NO

So, let’s talk about saying no.

It’s exhausting to continually have to opt out of things “everyone else” has no problem with. Piling into a hotel room with 3 other people to save money? Great! Driving back Monday morning and having a work call that afternoon? No problemo!

But nobody’s talking about how HARD it is to say no. The ‘no’ flag gets waved around as an emblem of empowerment, a not-so-subtle 🖕🏼 to anyone who dares to ask you for something.

The message is that your happiness matters more than anyone else’s—and anyone who feels guilt or uncertainty about saying no, is a sissy. (cough cough patriarchal bullshit cough cough)

I’m fed up with this low-level pressure to stop caring about how other people feel.

We’re made to feel silly for caring, like we’re “doing it wrong,” because if we were doing it “right,” then other people’s reactions wouldn’t get to us so much. We’re supposed to float through life on a hazy cloud of bliss and gratitude, never letting anyone’s ‘low-vibe’ energy pierce our bubble.

If you say no to something because you know you’ll end up hyperventilating on the bathroom floor, that’s absolutely the right call.

If someone in your life is disappointed about that and wishes you weren’t so sensitive, then that’s understandable too.

And if their feelings affect YOUR feelings, and then YOU feel guilty and also wish you weren’t so sensitive—

Saying no sucks and it’s super hard. Letting people down also sucks, and if you’re an empathetic person, it won’t ever, ever feel good, even when you know beyond a shadow of a doubt that you’re doing the right thing.

1. Yes, we need to get more practiced at saying no…
2. But that doesn’t mean it won’t still suck, because it will.

Here are some templates to help make it a tiny bit easier. 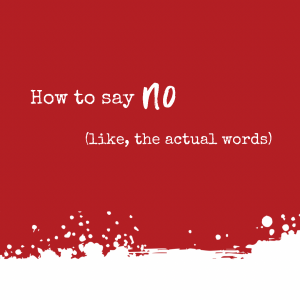 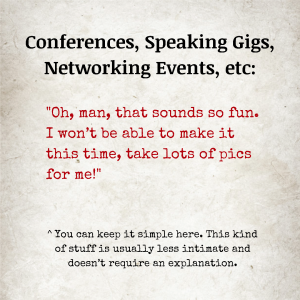 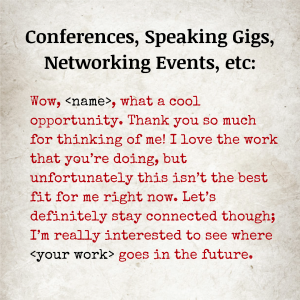 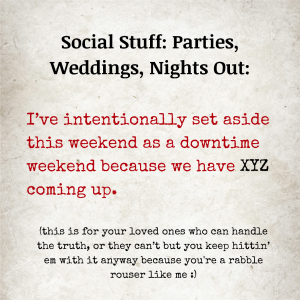 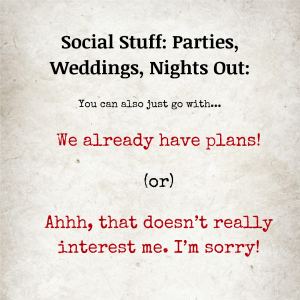 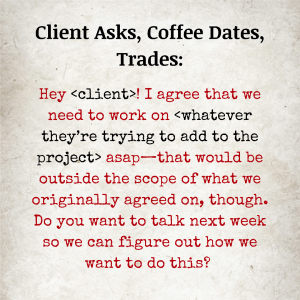 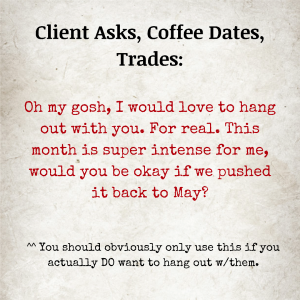 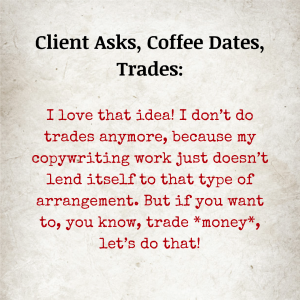 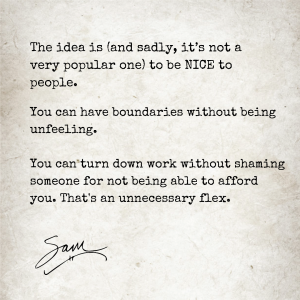