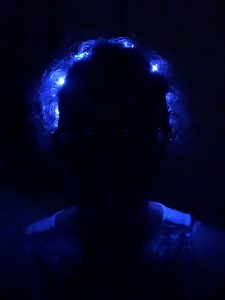 Who are some of your favorite literary characters, and why?

👱‍♀️ Amy’s internal monologue is wicked and acerbic and yet also, somehow, totally endearing. Gillian Flynn is the master of dark humor, and Gone Girl is one of my favorite contemporary books. (Also a great film adaptation by David Fincher. Approve.)

🐉 Sure, whatever, I’m basic, but Lisbeth is a badass and I will fight anyone who disagrees with me. (Hey, ANOTHER good Fincher adaptation! New theory: David Fincher is really good at adaptations. See also: Fight Club; Mindhunter.)

This is the recency effect; I only read this book last year. But it’s an AMAZING book for many reasons—it’s written in the present tense; it’s a modern-day sci-fi fantasy with Lovecraftian influence(?); and I guess I never got around to reviewing for y’all. Probably because I was stymied and didn’t feel up to the task. Anyway, The Bronx was my favorite. I don’t want to say anything else because it will spoil it. 😉

Ask me next week and I’ll have a whole different list for you.

(and next time we can talk about our favorite TV characters. I missed my calling as a critic.)