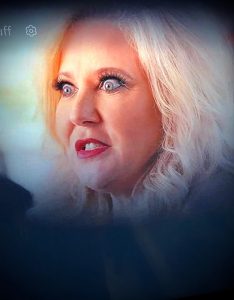 I know this story already… but I still cannot look away. These people are TOO FASCINATING.

Here’s where we veer into some utter fuckery, though. Founder of LuLaRoe, DeAnne Stidham, says this:

“I wanted to start something to give women an opportunity… to be able to give something to their families, give back to their husbands.”

umm… ex-squeeze me? Aren’t these women raising the children and handling the whole household so Daddy can go off and work? Aren’t they “giving” enough? Until we start valuing domestic work, “women’s” work, things like LuLaRoe will always have a foothold.

“I knew that they were just wanting him to quit his job so we would have all our eggs in one basket. We would be indebted to them forever.” 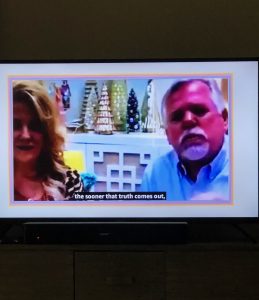 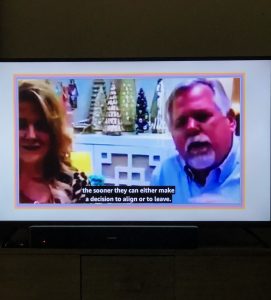 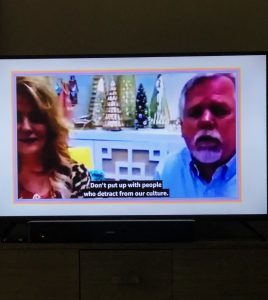 And yeah… there’s all the normal rich-person culty BS. The product starts deteriorating, the home office claims there’s no problem:

Mark Stidham: “We did not have a huge problem with wet leggings. We have the highest quality control in the industry”

And DeAnne just has this weird blank smile the whole time. It’s unnerving.

Dirty delete, deny, gaslight. Mark & DeAnne hold these “calls” where they shove their faces right up into the camera to berate & abuse their team:

<imitating a baby whiny voice> “my leggings are stale! NO, YOU’RE STALE!!!!” 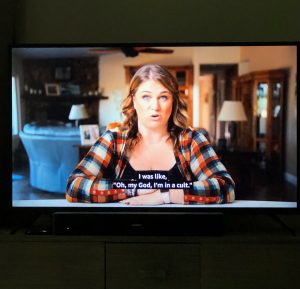 If you complain or criticize then you are taking on a “victim mentality”:
“It works if you work it, and I guess you weren’t working hard enough.”

“After I left everyone was told… to have no association with me or they would be terminated.”

At the end, a LuLaRoe defender says this:
“If LuLaRoe were to be found guilty then I feel that every direct sales company should be investigated as well. Because I’ve never seen LulaRoe do something that other companies haven’t done.”

^^ YES, EXACTLY! THAT IS EXACTLY THE POINT! THEY ALL DO THIS SHIT!