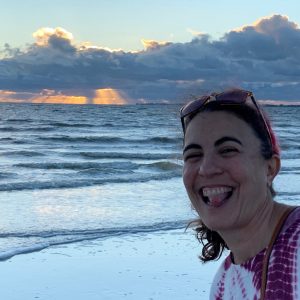 I refuse to participate in reels.

They’re not my thing. I don’t like being on camera unless I’ve spent hours preparing, and that’s a really poor use of my time. I do not want to jiggle and point at boxes of text; I do not want to lip sync other people’s audio; I would not, could not, in a box; I will not, will not, with a fox! 🍳💚🍳😠

Here’s how this is supposed to work…

Did you ever see The Staircase? The forensic blood spatter people did all these ridiculous experiments to try to recreate the spatter found in the staircase where Kathleen Peterson was murdered—and man… they had to try real hard. 😅

See—that’s not how science works. You don’t start with the result and then manipulate all your variables to artificially generate that result. You start with a hypothesis, and then you test the hypothesis to see if the result you get matches the one you wanted.

If it doesn’t, your hypothesis was wrong.

If you have a product or a service, and you have an idea for a new feature, you TEST that feature with your customers, and find out whether or not they like it.

You do *NOT* introduce a new feature, and then tell all your customers they have to use it or else.

Can you imagine if the rest of us ran our service-based business the way Zuck does?

This platform exists because of US. We are the ones who provide all of this content, and we do it for free.

As an HSP, I find reels to be too loud, too shaky, too repetitive, full of irritating music, and I really don’t get the whole “lip syncing a scene from a movie” thing. I also refuse to dance for my business.

The algorithm, in other words, is not responding to my actual behavior on this platform—it’s trying to DICTATE my behavior, which seems bass-ackwards to me.

I like to write and make images. I like making fun stories with gifs and sparkles and shit. This is how I prefer to create, and I am here because I’m trying to change the culture and remake how we do business.

If you like performing, that’s great. (Although, I hear TikTok is a way better place to do that. Wink.)

But don’t do it just because The “Algorithm” says you have to.